Since its founding in 1970, the Walter A. Berendsohn Research Center for German Exile Literature at the Institute for German Studies has been the only university institution in Germany specializing in the investigation and impartation of literature that, due to the circumstances in which it emerged, testifies to and reflects the large-scale exile of writers, artists and intellectuals from Nazi Germany from 1933. Alongside the tasks of preserving, systematically inspecting and, in part, collecting sources of literary and theatre history from that time, the aim of the research center is to create international networks for and to facilitate exile research in the fields of literary and cultural studies. It strives to act as a forum for the renegotiation of academic discussions of the exile period of 1933-1945 against the backdrop of comprehensive exile studies that incorporate both literary texts of other epochs, languages and cultures as well as more general literary-aesthetic and cultural-theoretical reflections upon exile. Its research interests therefore focus in particular upon contemporary literary texts that deal with historic or current exile.

Furthermore, the tasks of the research center include the public dissemination of exile topics. Together with related facilities and educational institutions, it also stimulates and accompanies discussions about the history and topicality of exile.

Head of the Research Center 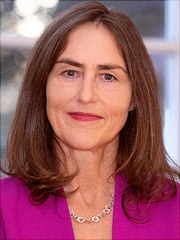 Since 2011 the Berendsohn Research Center is headed by Prof. Dr. Doerte Bischoff.